Samuel George Brealy was born in Willesden, London on the 18 April 1898. He was the son of Frederick John Brealy (1865 – 1932) who was originally born in the village of Bow Zealmonchorum northeast of Okehampton in Devon; Samuel’s mother was a Londoner, born in Marylebone: Eliza Ellen Henson (1869-1933) married Frederick Brealy on the 8th September 1889, at St. Saviour’s church Paddington. Samuel appears to have been named after his maternal grandfather, Samuel George Henson. 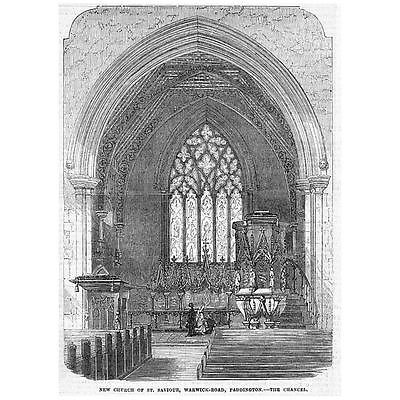 By the census in the spring of 1901, the Brealy family are living at 64 Pine Road Willesden. Frederick senior (born ‘Devonshire’) is listed as a ‘plasterer’ by profession; eldest son Frederick Brealey      is 11 years old, and was born in Kilburn; Thirza Brealey (named after her paternal grandmother Thirza Clement) is 8, born in Paddington in 1893; Samuel is 2, and George, born in Cricklewood in 1900, is 1.

Ten years later, in the census of 1911, Eliza Brealy gives her place of birth as ‘Kilburn’. More importantly for the family as a whole, Frederick senior’s trade is now given as ‘house builder’ and his status as ‘employer’. Frederick has followed his father into the trade as a plasterer, and Thirza is employed as a dressmaker, and Samuel and George are schoolboys aged 12 and 11. The family still reside at 64, Pine Road, which is described as having six rooms. The Brealy family typify the industrious and respectable Edwardian middle class.

Samuel would have been sixteen at the outbreak of war in 1914, and he would have turned eighteen in April 1916. The first indication of his military service is his enlistment in the third OTC battalion of the 28th (City of London) Battalion or ‘Artist’s Rifles’, which he joined in late October 1916 with the service number 763020. The unique status of the Artist’s Rifles is described as being:

“…a popular unit for volunteers. It had been increased to twelve companies in 1900 and was formed into three sub-battalions in 1914, and recruitment was eventually restricted by recommendation from existing members of the battalion. It particularly attracted recruits from public schools and universities; on this basis, following the outbreak of the First World War, a number of enlisted members of The Artists Rifles were selected to be officers in other units of the 7th Division. [1] This exercise was so successful that, early in 1915, selected Artists officers and NCOs were transferred to run a separate Officers Training Corps, the remainder being retained as a fighting unit.”[1]

Samuel was granted his commission as an officer, with the rank of second lieutenant, on the 28th March 1917. The regiment in which he initially served is unclear, but appears to have been the Machine Gun Corps. He is more significantly listed as attached to the 6th Battalion of the Royal Fusiliers. This was a ‘Special Reserve’ battalion, based at home, training and supplying reinforcements to the many other battalions of this famous regiment. Wartime officers were often commissioned into battalions such as the 6th, and then were theoretically attached to another battalion of the same regiment once they had arrived overseas.

Commissioned in March, Samuel George Brealy joined the 12th Battalion Royal Fusiliers, then billeted north of Steenvoorde, a rear area to the west of Ypres:

The 12th Royal Fusiliers were a ‘service’ or ‘Kitchener’ battalion of wartime volunteers. However, by the summer of 1917, they were part of the 17th Brigade of 24th Division, and had seen extensive fighting in the Battle of Loos, at Delville Wood and Guillemont during the Battle of the Somme, and at Vimy Ridge during April 1917. The rest period behind the lines was short lived, and the 12/RF returned to the trenches and the realities of the Western Front on the 7th June; at Dammstrasse near Hiele Farm positions taken by 8th Battalion The Buffs, several officers were killed and wounded by a shell on their dugout.

The First Day of the Third Battle of Ypres

The 12th Battalion, Royal Fusiliers, (17th Brigade, 24th Division) formed part of the II Corps of Fifth Army; it was this Corps that made the main British effort the Gheluvelt Plateau, on the southern flank of the Fifth Army. II Corps had the most difficult task, advancing against the principal German defensive concentration of artillery, ground-holding and Eingreif divisions.[2] The 24th Division was to form a defensive flank, and it attacked with three Brigades at 3.50am, which was intended to coincide with dawn but low cloud meant that it was still dark.

The 17th Brigade’s 1st Royal Fusiliers reached the first objective or ‘Blue Line’ and joined with the adjoining 73rd Brigade in attacking Lower Star Post. The 12th Royal Fusiliers passed through the 1st and carried on towards the next objective or ‘Black Line’, where they came under fire from a strongpoint on the left flank and from Tower Hamlets. The 12th reached to within about 200 yards of the Bassevillebeek but was forced to withdraw to 300 yards short of the blue line. The 3rd Rifle Brigade helped them to consolidate.  The 17th Brigade had reached its objective 1,000 yards (910 m) east of Klein Zillebeke.

The rest of 73rd Brigade attacked through Shrewsbury Forest with 7th Northants and 2nd Leinsters. They were held up by fighting in the Forest but reached Jehovah Trench. The advance continued taking Gruoenenburg Farm and captured the flooded trenches at Jordan Trench, but was stopped by the pillboxes at Lower Star Point. The enemy held out all day, preventing any further advance. 73rd Brigade fell back and dug in front of Jordan Trench. The 72nd Brigade on the left reached the Bassevillebeek but then had to withdraw to a line south from Bodmin Copse, a few hundred yards short of the blue line (first objective).

The 12th Battalion War Diary, the official record of a unit’s day to day activities gives a fuller account of the impact of a full attack against a prepared enemy:

was mortally wounded on the way up. Capt. A. SIMKINS took over command of the Battalion. Battalion Headquarters moved again owing to heavy artillery fire & were finally established at J25a.60.90 in ILIAD RESERVE. This position was subjected to a heavy bombardment & was situated in a very dangerous position. Several messages had been sent from Coy Commanders to Battalion Head Quarters but never reached owing to the runners having been killed or wounded.

10.00 p.m. It started to rain heavily about 10.15p.m., & made the ground very soggy & hard to cross. The Battalion remained in this position being subjected to heavy rifle & machine gun fire.

SG Brealy, while not mentioned directly in the War Diary, evidently played a key role in the

“While E. of YPRES, 3ist July, 1917. For conspicuous gallantry and devotion to duty whilst acting as Liaison Officer. He showed the greatest courage and initiative in obtaining valuable information under intense machine-gun and shell fire. It was owing to his gallantry and dash that the leading battalions were kept in touch with one another, and thus greatly contributed to the success of the operation.”

The 12th Royal Fusiliers suffered the ignominious fate of being disbanded in February 1918 to provide reinforcements for other depleted battalions. SG Brealy seems to have transferred to the Machine Gun Corps as the August 1918 Army List shows him as a temporary Second Lieutenant in the MGC. The London Gazette gives a date of 28th September 1918 for his promotion to full lieutenant: “2nd Lt SG Brealy MC to be Lt”.

Brealy also served in the Second World War, serving as a Lieutenant in the 4th Canterbury (St Augustine) Battalion of the Home Guard., and by 1st February 1941 as a member of the Kent TA Association. The London Gazette of the 25th November 1942 records his commission as a Second Lieutenant for service with the Army Cadet Force (Kent Command) of the Regular Army. [14] He survived both conflicts, dying in 1985, after a full and successful life. 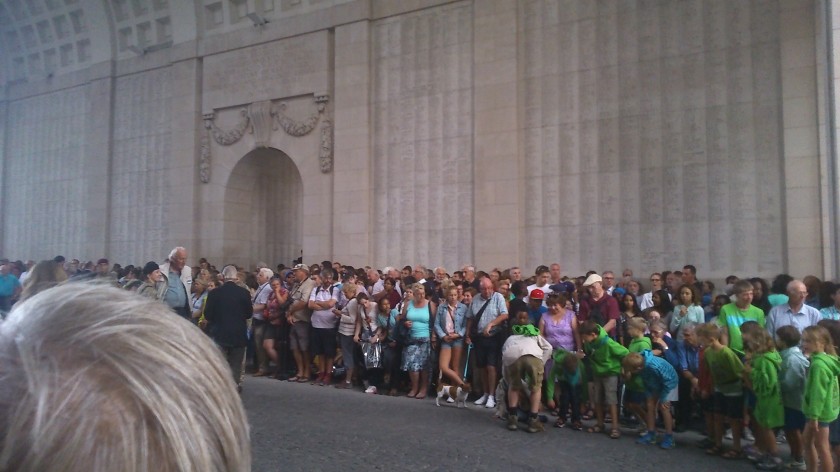 Figure 9: The Menin Gate at Ypres, where many of the dead of the 31st July are commemorated 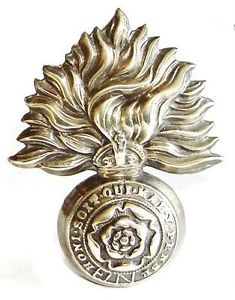 [1] Over fifteen thousand men passed through the battalion during the war, more than ten thousand of them becoming officers. The battalion eventually saw battle in France in 1917 and 1918. Casualties suffered by both members of this battalion and amongst officers who had trained with The Artists Rifles before being posted to other regiments were 2,003 killed, 3,250 wounded, 533 missing and 286 prisoners of war. Members of the Regiment won eight Victoria Crosses (though none did so while serving with the Regiment), fifty-six Distinguished Service Orders and over a thousand other awards for gallantry.

[3] 2nd Lieutenant Harold George Patman was from Acton, and was formerly a Private in the Royal Regiment of Cavalry, and had been commissioned into the Royal Fusiliers in April 1917. He has no known grave and is commemorated on the Menin Gate memorial at Ypres.

[4]  2nd Lt. Colin Gill was born in 1892, the son of Mr. and Mrs. J. H. Gill, of Clapham, London. He was formerly of Antofagasta, Chile and had served as a Private with the Honourable Artillery Company since August 1915. Gill was commissioned in December 1916. He is commemorated on the Menin Gate.

[5] Captain Henry Jack Cox was 28, born at Upper Norwood, London, the son of Charles William and Eliza Maunder Cox, of The Cot, Glen Avenue, Herne Bay, Kent. Originally buried near the battlefield, his grave was moved post war to the Hooge Crater Cemetery, grave IX. L. 1.He was a former pupil of Alleyn’s School, whose school magazine records how Cox ‘…returned from the Argentine in Dec, 1914, and obtained a commission. After nearly 2 yrs’ fighting in France, he was shot through the head by a German sniper.’

[6] Captain Hugh Densham Doudney was born in 1884, the son of Edwin Doudney, M.R.C.S., L.R.C.P., and Ada Doudney, of 4B, Oxford and Cambridge Mansions, Marylebone Rd., London. He was a medical student at Edinburgh University from 1903-09, and specialised in mental illness, working at the Kent Mental Hospital in Maidstone. He initially served from May 1915 as a private in King Edwards’ Horse, before being commissioned in the 12th RF in March 1916. He had been wounded on two previous occasions, seems to have commanded ‘A’ Company.

[8] Lieutenant Aubrey John Simon Waley was the son of Major JD Waley, of St. Johns’ Wood who also served in the 4th Battalion Royal Fusiliers. Lieutenant Waley had served in France since September 1915. He is commemorated on the Menin Gate at Ypres.

[9] Captain Frederick Charles Day was the son of Mrs. Emily A. Day, of 42, Fladgate Rd., Leytonstone, London. Commemorated on the Menin Gate and Leytonstone War Memorial. First served as a sergeant in the Wiltshire Regiment before being commissioned into the East Yorkshire Regiment in April 1915.

[10] 2nd Lt Edward Cohen MC was born in 1895, at Hackney, the son of Dutch-born school master Maurice and Sara Cohen (née Alexander), of London. At the time of the 1911 Census, the Cohen family were residing at 65 St Thomas Street. In August, he was awarded a posthumous Military Cross, the citation for which read: “For conspicuous gallantry and devotion to duty. He led his platoon with great determination and skill, under heavy machine-gun fire, against enemy dug-outs, which he successfully bombed, taking prisoners and capturing the machine gun. He has previously done very fine work.” http://theyserved.wikia.com/wiki/Edward_Cohen

[12] Henry Murray Hope-Johnstone was born on the 31st March 1886 in Esher, Surrey, and was baptised in June at nearby Cobham; He was the son of William James Hope Johnstone and Emily Mary Baillie. He was educated at Cheltenham College, leaving the school in 1902; he was commissioned into the Royal Fusiliers in May 1908, and by 1911, was lieutenant serving with the 2nd Battalion in India. He was wounded while serving with the Battalion at Gallipoli. Twice mentioned in dispatches, (LG 5/8/15; 5/5/16; 13/7/16) he was also awarded an MC in the Edinburgh Gazette of May 1916, while attached to the Egyptian Army. His brother Lieutenant William Gordon Tollemache Hope Johnstone was also killed in 1914 serving with the 4th Battalion RF. His address at time of his death was Brownleigh, Feltham.